Ice melting from Greenland and the Arctic glaciers has caused the Netherlands to rise by about 4 centimetres over the last century. This comes hardly as a surprise to Riccardo Riva, an assistant professor at the TU Delft Faculty of Civil Engineering and Geosciences.

“This story is about water masses moving from one place to another. When ice melts in Greenland and moves to the sea”, Riva explains, “there’s less weight over the land, so Greenland comes up. But it isn’t just Greenland, the regions surrounding it also lift up. This is something that has been known for a long time. But such a slow and large-scale vertical land motion, as seen by GPS stations moving up or down, is something that we’ve been only able to measure for the last 20 years or so through satellite observations.”

In an article from 2017 in the journal The Cryosphere, Riva and colleagues modelled how much of these vertical land motions, which happen globally, are caused by melting ice.

“We have known about this effect for a long time, but people have disregarded it because they thought it wasn’t large enough to be relevant. Nowadays, we know much better how much ice is melting from Greenland and the glaciers, and how much ice is melting from Antarctica. So I thought why not model it, and see how big the signal is and whether we should account for it when interpreting sea-level change observations.” 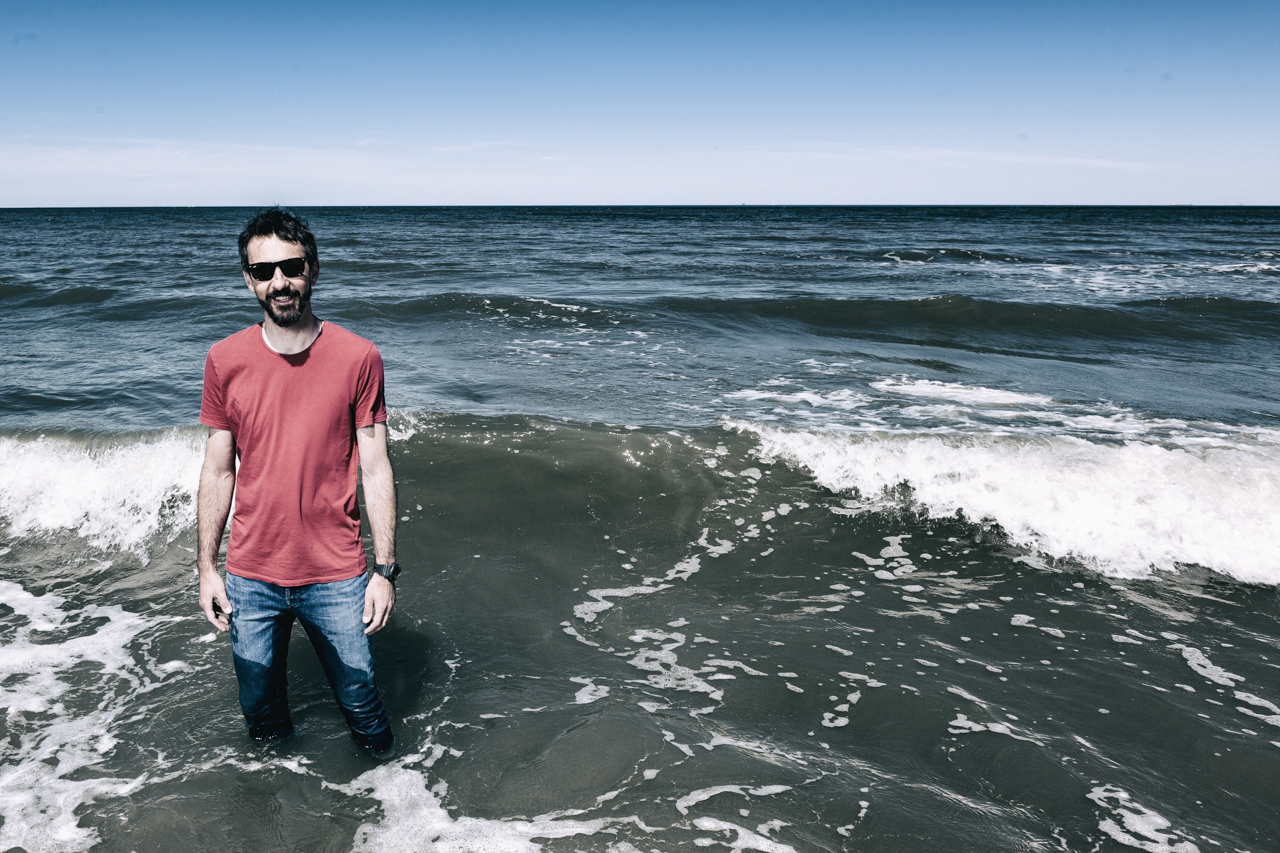 “There are 3 effects”, Riva explains. “One effect is land lifting up close to where ice is melting, because there is less weight on the lithosphere, the solid outer part of the Earth, which can then rebound like a spring. Another effect is when the water moves to the ocean, there is more mass there, and the ocean bottom deforms – it goes down. But also, if there is less ice on Greenland, then Greenland attracts less ocean water, because of Newton’s law of universal gravitation. So, if Greenland gets smaller, ocean water also goes away from there, and it goes away as far as possible.” That’s why most of the subsidence is in the Southern Hemisphere. Australia and New Zealand, in particular, are the farthest locations from all the melting ice sources, and where the water moves to.

This is good news for the Netherlands, but bad news for islands in the South Pacific Ocean. “That’s why people worry so much about Antarctica in the Netherlands,” Riva adds, “because then the story reverses.” If Antarctica melts, then the water will move North and there will be direct effects on sea-level change in the Northern Hemisphere. Although there is some uncertainty, Antarctica is not currently melting as much as Greenland.

The data used to generate the figures in Riva’s paper were made publicly available through the 4TU.Centre for Research Data. Riva believes that sharing data “helps progress in science” and that “if you get public money to do research, then the results should be public”.

For his MSc and PhD research, more than 15 years ago, Riva studied earthquakes using GPS data. “Even then, I was involved in modeling Earth deformation, by comparing models to GPS data.” He was disappointed that he couldn’t access data that other groups were collecting.

“Sometimes, I could not verify my results, because the data belonged to someone else. That was really frustrating. When data are open, then anybody can use it. There will be some competition, but that’s only good. Competition leads to new ideas, which in turn lead to even more ideas and to progress in science.” 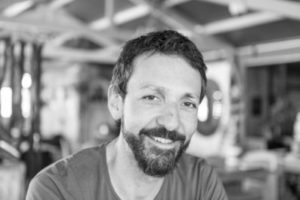 Riva obtained his PhD from TU Delft in 2004. He returned again as a post-doc in 2007, becoming an assistant professor in 2011. Riva specialises in the study of the Earth’s dynamic behaviour through the combination of model predictions and remote sensing observations. “TU Delft is the best place in the Netherlands for remote sensing observations of the Earth. Specifically about sea level, it’s good that there is also a strong hydraulic engineering department.”

Asked what drives him as a scientist: “There is so much we don’t know yet about the earth system. For example, about the effect on the solid Earth of the past glaciations or how the ice sheets interact with the oceans and the atmosphere. There is a lot we need to understand, only to understand sea level rise, and that makes it very interesting.”

The 4TU.Centre for Research Data (short 4TU.ResearchData), hosted by the Library, offers researchers a reliable long-term archive for technical and scientific research data. It creates opportunities for linking publications to underlying data thereby promoting improved findability and citability for research data. Over 90% of the data stored in the archive are environmental research data coded in netCDF – a data format and data model that, although generic, is mostly used in climate, ocean and atmospheric sciences. Therefore, 4TU.ResearchData has a special interest in this area and offers specific services and tools to enhance the access to and the use of netCDF datasets. TU Delft Library also offers Research Data Management Support during all stages of the research lifecycle. 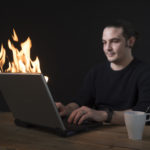 To mock or not to mock